The young filmmaker Rene Daalder and the architecture student Rem Koolhaas wrote the screenplay to Daalder’s 1969 film De blanke slavin (The White Slave) in 1967/68. Taking inspiration from B-movies and Luis Buñuel, it is a hall of mirrors that toys with clichés and inverts them into campy provocations. A few years after the Eichmann trial, a man named Günther Unrat arrives in the Netherlands looking for “good Germans” who helped fight the Nazi occupation. He quickly gets mixed up in a nefarious organization that inspires him to follow in the footsteps of the consummate “good German” Albert Schweitzer by setting up a camp for young Dutch women who think they are training to work in Africa as nurses. Blinded by idealism, he fails to see that his shady partners are scheming to sell them into sexual slavery. The screenplay soon develops into an absurd morality play, challenging all notions of political correctness, then and now. It has been translated from the Dutch by Laura Martz, while Rene Daalder has contributed a preface about the origins and background of the film. 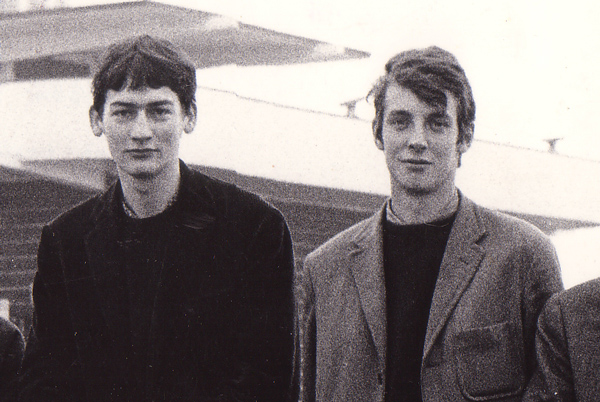 Rene Daalder is a Los Angeles-based digital filmmaker who has made several documentaries and feature films, including collaborations with the Sex Pistols and Russ Meyer, as well as a number of sci-fi and cult movies including Habitat (1997) and Massacre at Central High (1976). He is also the cofounder of several Internet start-ups.     Rem Koolhaas is a Dutch architect and founding partner of the Office for Metropolitan Architecture (OMA). His books include Delirious New York: A Retroactive Manifesto of Manhattan (1978), S, M, L, XL (1995), Content (2004), and Project Japan. Metabolism Talks … (with Hans Ulrich Obrist, 2011).