In this anthology, edited by Fiktion’s cofounder Ingo Niermann, nineteen writers and researchers address a fiercely contested commodity in digital society: concentration. Ingeborg Harms, Quinn Latimer, Arthur Jacobs, and Raoul Schrott write about the circumstances under which a text or activity can completely draw us into its spell, Dirk Baecker and Amy Patton about a shifting concentration, Jenna Sutela and Elvia Wilk about one that carries us into the spherical, Charis Conn about concentration violently induced; Nina Bußmann writes about the uncertainty as to whether she is currently concentrating or distracting herself; Sophie Jung, Emily Segal, and Alexander Tarakhovsky make attention deficit disorder their subject; Kenneth Goldsmith argues that the artistic and literary avantgarde stem precisely from distraction; Jacob Wren wonders if a concentration that omits all else is not the exact reason why our world is in such a terrible state; Johannes Thumfart looks at the relationship between concentration of the mind and on the digital market; Boris Groys observes a defictionalization of literature through the Internet, while Ronny Vuine and Ingo Niermann make speculative – i.e. decidedly fictive – literature the ongoing or recurring dominant medium of social change. The German contributions have been translated into English by Nathaniel McBride and Amy Patton. 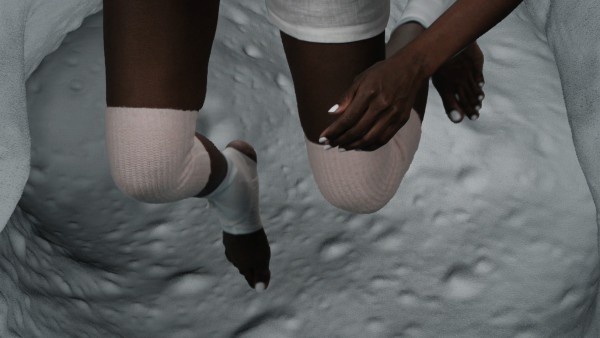 Dirk Baecker is a sociologist and professor for cultural theory at the Zeppelin University in Friedrichshafen on Lake Constance.

Nina Bußmann is a writer and author of the novel Große Ferien (Big Vacation). She lives in Berlin.

Charis Conn is a freelance editor, fiction writer, visual artist, and teacher. She is based in New York.

Kenneth Goldsmith is an artist and poet who teaches contemporary literature at the University of Pennsylvania.

Boris Groys is a philosopher and professor of Russian and Slavic studies at New York University.

Ingeborg Harms is a journalist and professor for fashion and design theory at the University of the Arts Berlin.

Arthur Jacobs is a professor for general and neurocognitive psychology at the FU Berlin and founding director of the Dahlem Institute for Neuroimaging of Emotion.

Sophie Jung is an artist working in many mediums. She lives in London.

Quinn Latimer is a poet, art critic, and Editor-in-Chief of Publications for documenta 14. A collection of her poems, Rumored Animals, was published in 2012. She is based in Athens and Basel.

Ingo Niermann is a writer and cofounder of Fiktion. He lives in Berlin and Basel.

Amy Patton is an artist, filmmaker, and translator. She is based in Berlin.

Raoul Schrott is a writer and literary critic who lives in the Austrian town of Egg.

Emily Segal is a cofounder of the trendcasting collective K-HOLE and the creative director of the annotation platform Genius. She is based in New York.

Jenna Sutela is a writer and artist based in Helsinki.

Alexander Tarakhovsky is an epigeneticist. He is a professor and laboratory head at Rockefeller University in New York.

Johannes Thumfart’s doctoral thesis was on early-modern philosophy of law. He is an essayist and currently teaches at the University of Cincinnati.

Elvia Wilk is a writer and editor based in Berlin.

Jacob Wren is a performance artist, critic, and writer, whose novel Polyamorous Love Song was published in 2014. He lives in Montreal.